Solar energy is a perpetual, highly reliable & green form of energy that gives all of us an energy efficient way to power our home, community & businesses. The understanding of solar power’s relevance & need in today’s world should be propagated right from the junior academic level, in order to boost the acceptability of this noble technology. 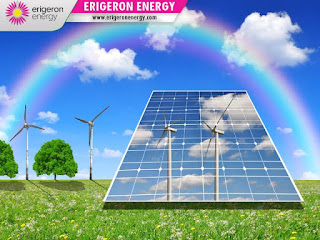 However, solar can be confusing even to adults, let alone the children at junior schools due to the scale of economy & time involved with its ROI. Still, let’s try to understand solar energy basics and its importance. We all know that “energy can neither be created nor be destroyed”, It can only be transformed from one form to another and we also know that the sun is the ultimate source of energy which means if we use and tap its potential, solar energy can be instrumental in solving the current energy crisis. Solar energy generally refers to a conversion of radiations into electricity, as this is the most common and viable practice.

Sunlight falls on the Solar Panel made up of semiconductor material where atomic elements like electrons show activity; as a result electricity is produced in proportion to the incident radiation. It is really simple and awesome that solar power can be used to power anything from calculators, road signs to bigger things like buildings, planes and your home.

Now the question, which arises, is that how can this noble Technology be used to bring practical and sound ground changes in the energy sector? 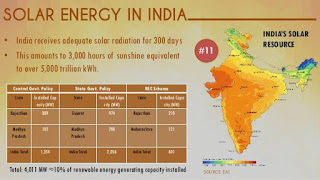 The answer to this is that we need to lower our dependence on fossil fuels at places where Renewable Sources like solar can be brought into effective use like lighting houses, Commercial buildings, Stadiums and even generate commercial power at solar power stations. Fossil fuels such as coal and petroleum oil cause damage to our environment with Harmful emissions like CO, SOX etc. Not only that, its depleting reserve make it a precious entity whereas solar energy is abundantly available. In order to use this abundantly available source energy, we need to put solar panels on our roof so that whenever sunlight falls on the panel it is directly converted into the energy that can be used at home i.e. electricity. 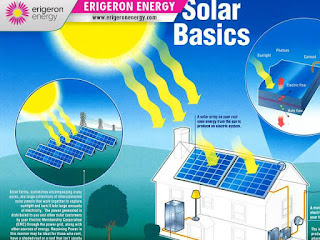 When we go solar, we produce energy for ourselves, which means the bill will be a lot lower and with lower bills we can indulge in more fun things like going on a family vacation, watch a movie or going to a restaurant.

Thus, we can say using solar panel save our hard earned money and helps in saving the planet too.
Posted by Erigeron Energy at 05:56