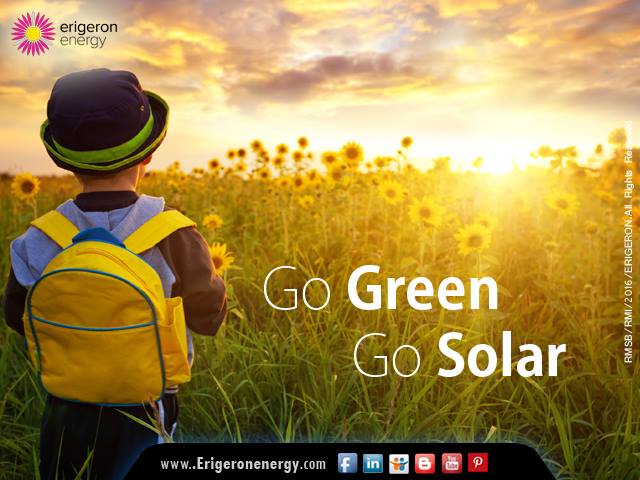 Go Green­ these two words have been most written, talked about & in most cases most abused these days. Information channels like the Internet, television, Radio or human channels like NGOs & government, each one of them has something to say about this topic on a regular basis. But after so much of clamour around, it feels “All show & no go”, when we see the ground reality.

Going Green means taking steps to improve or at least preserve the state of our planet. The much-hyped industrial revolution has done plenty of good in terms of technological advancement of our generation and those to come but has also caused irreparable and immense damage to the environment in the process.

If you continue to be on the same path and continue to use the resources rapidly and haphazardly, the nature will ruin to the state of not being able to restore it back to its healthy self.

Thus, we as elements of the civilization and children’s of mother earth should mend our ways and do anything, whether it is small or big to help earth “go green again”.

There can be countless ways by which we can contribute, like:
● Use the principal of 3R’s ­ Recycle, reuse & reduce in your daily life by using recyclable or biodegradable products, & by mitigation the amount of waste we produce.
● Not taking your car when not necessary or carpooling.
●Using less electricity or use some renewable source of energy like, solar & much more.

Acts like these seems to have negligible effect individually but when we club it together we billions of people around the globe it forms an immense sea of change both on the global footprint as well as the quality of standard of living. But if this is the case, why are people still not convinced and are living the same way they use to live 300 years ago, because people come to think of it on two fronts scientific & economic & both of them take time to show results & today’s generation is impatient. Scientifically, people think, “ ok my daily activities are causing Global warming, Air pollution, Ecological imbalance, Rise in the water level etc.”

Feels remorse and resolve to be better but within hour’s turns back to their usual way saying, “ life is still going on why should I worry”. Economically, people think “ yeah! It might save me some money down the line in 5 years time, if I use solar energy to light my house but why should I pay the hefty starting amount, I am ok with this conventional source of energy. Which goes on to show that there is still not much information and knowledge centers to convince people to Go Green.

It will require even bigger media attention, community awareness camp modeled as the UIDAI camps and most of all much developed ecological conscience of modern world. Ecological conscience should be deep rooted in young as well as grownup minds, constantly warning us of how grave is the threat we face. 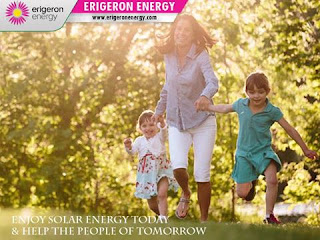 We should realize that we couldn’t improve the earth unless we change our habits & mindsets and thus require overhauling the mindset of the society as whole. Renewable energy sources like sun, water and wind all have great potential to fulfill current and future energy demand by causing zero damage compared to the prevalent fossil fuels and by using them we could be doing great service to the earth and our future generations.

To know more about solar, please login to http://erigeronenergy.com/
Posted by Erigeron Energy at 05:37